This Week’s Top Ten Excuses to Not Write

10. It sounds so much better in my head that I just know it won’t translate well to paper.
9. I cut my finger on my zipper and now it hurts to type.
8. The computer is all way across the room and I don’t feel like standing up.
7. Write? Right? Wrong.
6. Because I’m barely even creative enough to come up with ten excuses, much less a whole new novel!
5. I keep confusing ‘inspiration’ with ‘perspiration’. I’ve got an over-abundance of the wrong one.
4. Arthritis? More like arth-can’t–write-is…
3. Skyrim.
2. I keep confusing ‘my pen’ and ‘my penis’ because I’m a speed-reader who only looks at the first part of the word. Of course, the one I keep choosing is a lot more fun, but I’m really looking to be productive, not reproductive.
1. Obamacare. Everybody is blaming it for their problems, so why not?

Okay, I haven’t written a blog in about two months, so my apologies to the three of you who actually read this thing.  I don’t really have an excuse – Life is what happens when you’re busy making other plans and all that, you know how it goes.  Springtime in these northern climates tends to get really busy as everybody needs to catch up on all of the stuff they didn’t do when it was too cold out (which we didn’t really have a problem with this winter, but the mentality stands – Spring = Fun!).  I’ve had several long rants that I’ve wanted to go off on over the last two months, but rather than focus on any one thing (since, honestly, who knows when I’ll get to write again), I’m going to give just a few short rages instead.

I just realized that all of this talk about ranting and raging probably makes me seem like an angry person. I am not. Not even a little. Those are just the words I use to differentiate between longer or shorter postings.  A rant would be a blog dedicated to one subject – Rages are like a bunch of mini-blogs all rolled up into one.

Is that a tower coming out of your head, or are you just happy to see me?

But first – A picture of me with a tower coming out of my head!  No wonder I keep getting migraines.  For anybody who doesn’t know, that is Toronto’s famous CN Tower, formerly the world’s tallest free-standing structure and phallic symbol. So, basically this is a picture of me with a big dick coming out of my head. Which I guess is better than if it were coming on my head, but that’s really the subject for somebody else’s blog.

As I’m trying to write this all over my lunch-hour, I’ll jump right in now and go over some of the things I’ve wanted to talk about.

For once in my life I’m happier for a back-shot of a bra than a front-shot.

I read John Irving’s new novel, In One Person, about a week ago and it really took me through a pretty emotional trip, actually – a rather unexpected one! For the first half of the book, I was really uncomfortable, I’m almost ashamed to admit. The main character, first-person narrator, is rather sexually confused for the first half of the novel, and we readers got to ride along on every part of his journey, and some of the more explicit sex scenes were, well, outside of my comfort zone, and that’s mostly not because they were homosexual in nature (because not all of them were), but more because the narrator himself was so awkward and uncomfortable – great writing, but a little bit too real to read through. It’s funny, because I really enjoyed the book, but as soon as I was done I said, “I wouldn’t recommend this one to a first-time John Irving reader.” That’s not to say it doesn’t have all of the Irving tropes we’ve all come to know and love (sexual suspects – yes, wrestling – yes, bears – of a different sort, but yes, tragic car crash – yes, sexually adventurous cousins – yes, missing father issues – big yes, etc.), but it was missing some of the zaniness that made me fall in love with Irving back in the Hotel New Hampshire/World According to Garp/A Son of the Circus days. It’s classic Irving, but it’s not quite classic enough. Still, if you have any interest in reading about what it’s like to grow up as a bisexual, I think Irving nailed it on the head.

Okay, I’ve run out of time. Stupid work phone ringing and making me to do work over my lunch… A few more quick hits –

The only thing missing from this picture is Slash ripping out an excellent solo in front of the chapel.

Went to a wedding in Balls Falls two weeks ago that was awesome, and I love that there’s a place named Balls Falls! However, it would have been even better if it was Vagina Canyon adjacent, no? 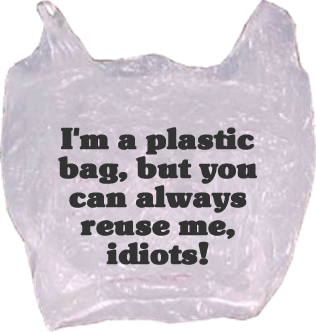 Toronto has now banned plastic bags, effective January 1st, 2013. At first I was upset about this because I like recycling my plastic bags as kitty-litter cleaners, but then I remembered that the Mayans said the world will end in December 2012, so I stopped worrying about the lack of plastic bags. 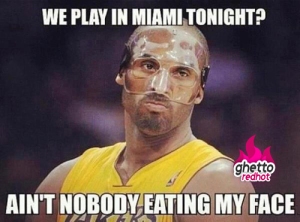 A dude in Miami ate another dude’s face.  I have nothing to say about that, really.  However, I’m sure there’s a better way to get a head in life. 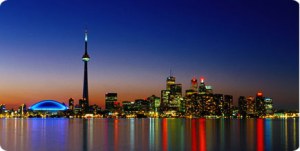 This is not actually the view from my office, but isn’t my city pretty?

I moved into a new office on the 19th floor with a big window and a great view of the city. I’m only telling you this because I rarely ever gloat, so I wanted to know what it felt like. Feels kind of smarmy, actually.

Okay, back to work!  I’ve got to show these people that I deserve this amazing office, and the big client I brought in this morning will only garner me so much good will with the powers that be.

Last thing – I’m not a photographer, but I took this awesome picture a couple of weeks ago on the Toronto Islands.  I was pretending I was ant.  Before you call me weird for that, on that same day there was a Furry Fetish Convention on the island as well, so I was far and away not the weirdest one on the islands that day.  I love the Toronto Islands.  We have to go back, Kate. WE HAVE TO GO BACK! 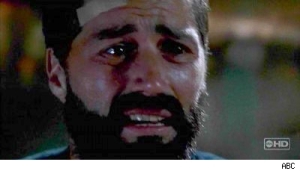 Even Jack knows that we have to go back. Man, I miss LOST.